Leon Weiss has a Reputation for Being a Fierce, Well-Prepared and Dedicated Courtroom Advocate 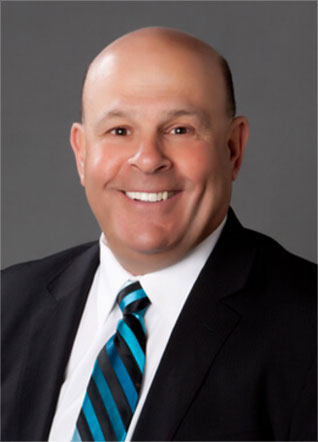 "Any criminal defense or personal injury lawyer who guarantees a particular result is a fool or a liar. I am neither! My only guarantee is the same one I've given to every client for 41 years... I will give you the best effort in my mind, body, and soul to obtain the most positive outcome in your case. I have the experience, competitive fire and work ethic to get the job done."

Born and raised in Detroit and Oak Park, Leon graduated with a degree in Political Science from the University of Michigan in 1974. While he was accepted to three law schools in Michigan, he opted to escape the cold winters by enrolling in The Shepherd Broad School of Law at Nova Southeastern University in Fort Lauderdale, Florida. During his third and final year of law school, Leon was an intern at the Dade County Public Defender's Office in Miami. Under this excellent clinical program, he was able to represent indigent criminal defendants in court. Most interns covered arraignments, bond hearings, and line-ups, but Leon wanted to get more intense courtroom experience, so he handled four jury trials during this internship, obtaining 'Not Guilty' verdicts in the first three.

After graduating and passing the Florida Bar Exam he was hired as an Assistant Public Defender by that same office. In his four years in the Miami office, he handled thousands of major felony cases and tried over 140 jury trials, establishing an excellent record and a reputation as a fierce, well prepared and dedicated courtroom advocate. In 1983 Leon returned home to Michigan as he wanted to raise his children around family. For 25 years as a sole practitioner, Leon Weiss continued his tradition of tireless representation of his clients in criminal matters, as well as personal injury, civil rights, and complex commercial litigation.

In 2008 Leon joined the firm of his high school football teammate Geoffrey Fieger, another tough trial warrior who shared his passion for justice. After eight productive and rewarding years with the Fieger Firm, Leon Weiss reopened his solo practice as 'Of Counsel' to the firm of Giroux Ratton, founded by two of the state's finest and most respected personal injury lawyers, Bob Giroux and Michael Ratton. Leon looks forward to a productive association with Giroux Ratton, a firm that shares his focused determination to fight for justice for his clients.

Leon Weiss is married, has five children and now knows the joy of being a grandparent, with a 3-year old grandson and a four-month old granddaughter. Family is the most important aspect of his life, but in his precious spare time he also enjoys golfing, exercise, reading and rooting for the Tigers, Red Wings and Michigan Wolverines.

Justice is never a guarantee; it only comes to those who fight for it. For more information on criminal defense, personal injury, and other legal matters, contact the Law Offices of Leon J. Weiss today.

Get the Help You Deserve!
Schedule a FREE
Confidential Consultation